I’ve started off the new year with a resolution to cook through the past century; 1920s-2010’s. Food history has always fascinated me and looking through old cookbooks is such a thrill to me.

I also discovered a few fun facts on my own. A few that stand out are about wine and Chinese food. Of course, the 1920s was during prohibition. Despite this, recipes with wine or liquor remained popular with American palates. This is when rum flavor extracts became popular. As for wine, they started to add a significant amount of salt to their wine sold for cooking to keep people from drinking it! And guess what? The cooking wine you can buy in the vinegar section at the grocery store…it still has a large amount of salt! I found this out when I over-salted one of the following recipes because I didn’t realize the cheap cooking wine I used had the second ingredient of salt! Ick.  I wish I could remember the link to the article I read, but here is a different good one to here.

In the 1920s, Chinese food was really gaining popularity. Both as a fine dining experience, or a cheap but filling meal in a small restaurant. In the big cities, hipsters were trying to recreate “authentic Chinese” dishes like Chop Suey and Egg Foo Yung. I’m just kidding about authentic. I learned that these dishes are purely American made by Chinese Americans using available ingredients in the U.S. at the time and catering to American tastes. I also learned why there was an explosion of Chinese restaurants around this time. Laws came into effect that basically stated that people from China were not allowed to immigrate to or stay in the United States UNLESS they were opening a restaurant. So….Chinese restaurants! Read this fascinating article about it.

The recipes I made this week were cheap, filling, and used many of the same ingredients. Like celery! I think for the first time, I actually used a whole head of celery in a week. Also, ham, onions, jarred pimentos. Funny thing about pimentos. Evidently, they’re not as easy to find in 2019 Denver. At my usual store for grocery, they did not have pimentos. I considered roasted red peppers but thought it was worth a trip somewhere else for the sake of authenticity. I went to the Wal-Mart by my house thinking it was a sure thing. No pimentos. So I bought a jar of roasted red peppers. It was a little annoying. So I’m walking out, and just when I was thinking that my Wal-Mart thinks it’s better than everyone, my bag breaks. My jar of roasted red peppers broke and splattered on the floor. One of the workers comes and reassures me right away and asks if I would like to go get a new jar. Humbled. Thank you, Wal-Mart. $3.75 for a jar of peppers is a lot of money for the 1920s!

So, this week I made: 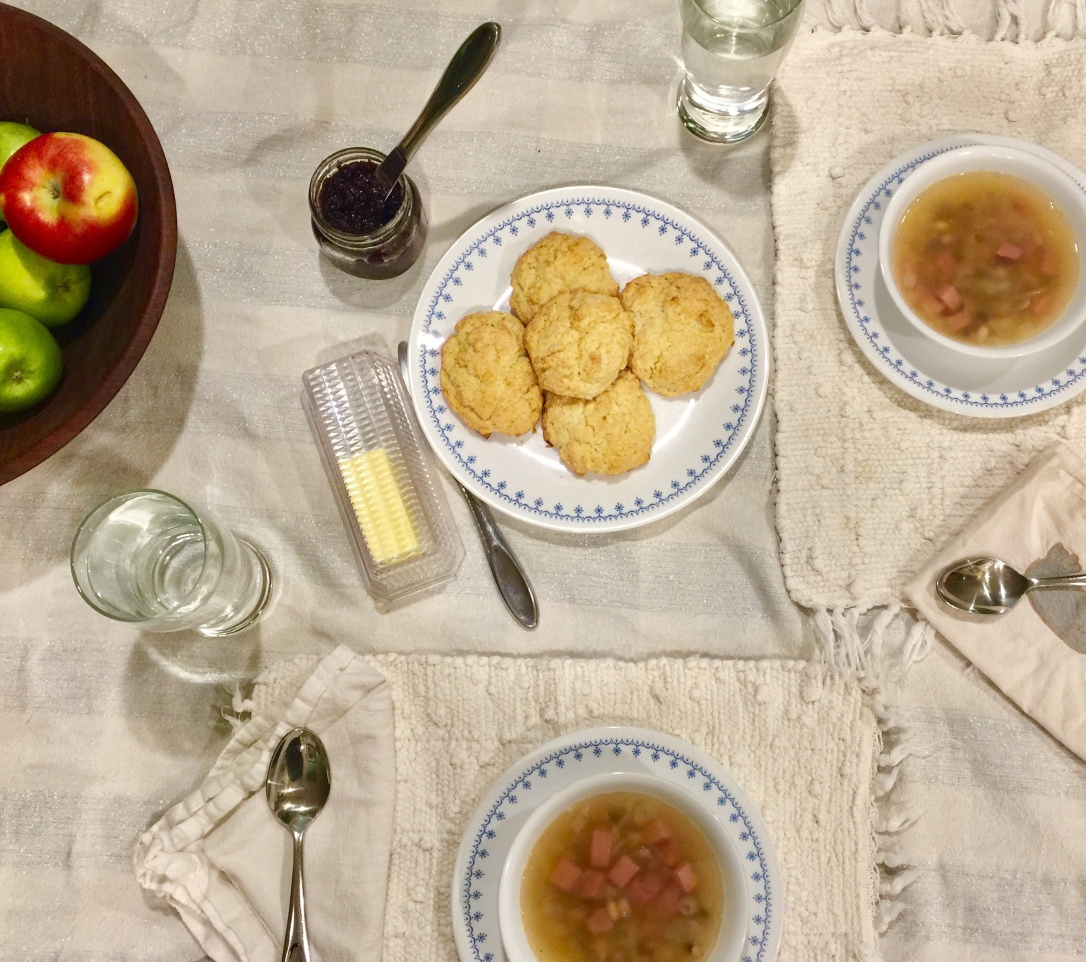 This soup is good and cheap. My understanding is that you could find a variation of ham and bean soup in most area of the country in the 1920s. I couldn’t find a ham bone from a company with integrity in how they raise their pigs. I had to use only a ham I found that was Niman Ranch. A ham bone would add a huge depth though if you use it. I also used dried black-eyed peas. Cook dried beans in the crockpot with enough water to cover them. Do 2 hours on high and then 2 hours on low. Then drain them and use like canned beans. Cheaper and better texture. In the recipe below I just put canned beans because I know most likely you all aren’t cooking dried beans in your crockpot. I usually don’t either.

Serve with homemade biscuits. (recipe below) This soup could definitely be cooked in the crock pot ( but not in the 1920s). If you’re not playing pretend, just do it in there. Add all the ingredients, turn it on low, go to work.

Ok, so this was the first time I had ever made biscuits. I’ve always been one of those people who say “I cook but I don’t bake”. However, I have to admit, whenever I do bake I feel really happy about it. And there is something about making a homemade bread item to go with soup that makes me much more excited about the meal. So I googled something like “1920s easy homemade biscuits”. I honestly can’t find the recipe I used but since I’m not really a baker, I didn’t follow the recipe exactly. And my biscuits were crumbly and not flaky. So I googled “why are my biscuits crumbly” and I learned that my butter wasn’t cold enough. I’ve found this new recipe that stresses the importance of cold butter. It even has you grating frozen butter into the mixture. I also learned in my googling that even distribution of the fat is what gets you those flaky layers too. I posted the recipe below but you can go here to find the original recipe and article on delish.com. 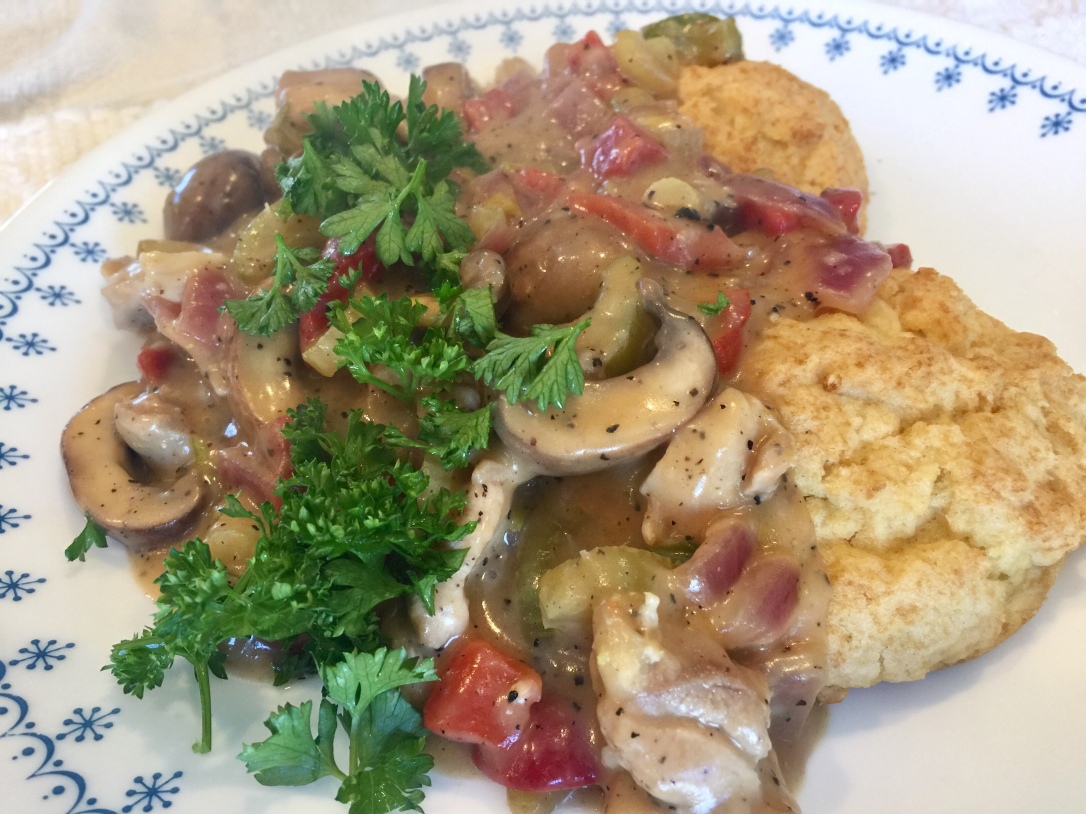 YUM! This was so good. Even though it was too salty because of the cooking wine and the biscuits crumbly. It was still SO GOOD!

Yummy again. It was a stir-fry omelet with soy sauce gravy. So yum. I imagined the hipsters of the 1920s trying out this “adventurous” dish at home.

Serve your Egg Foo Young with the rice, and brown gravy with green onions to garnish. 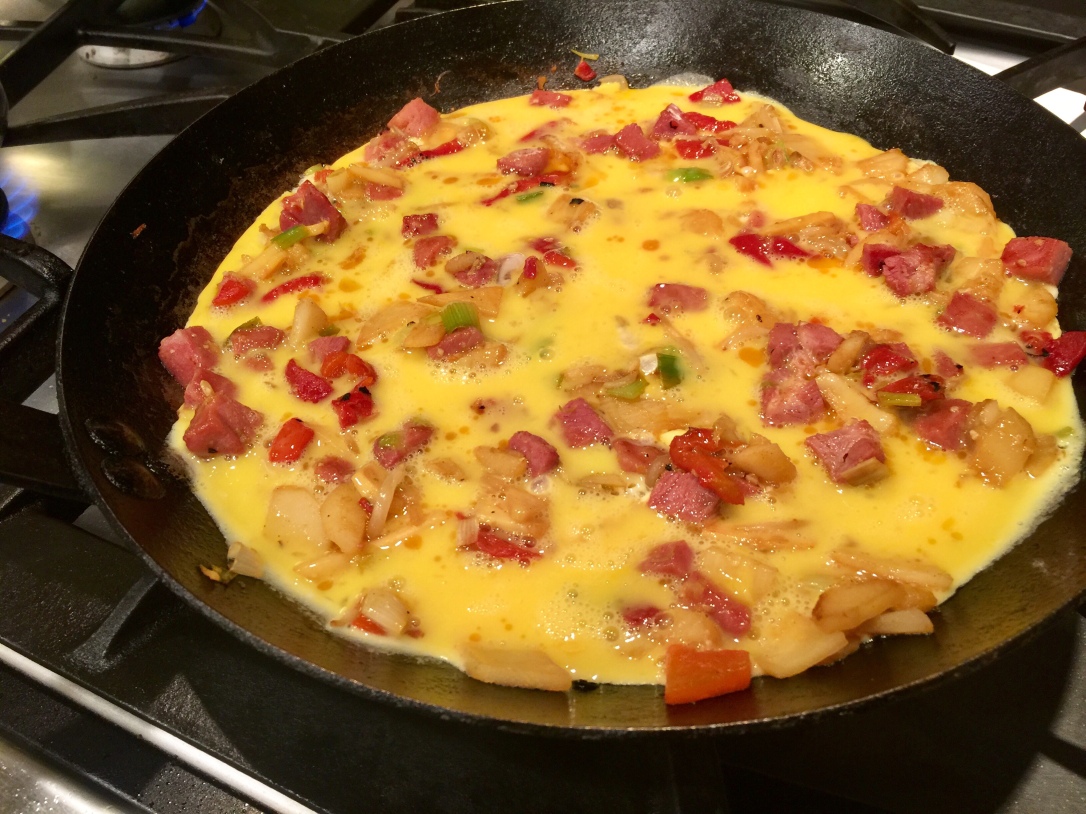 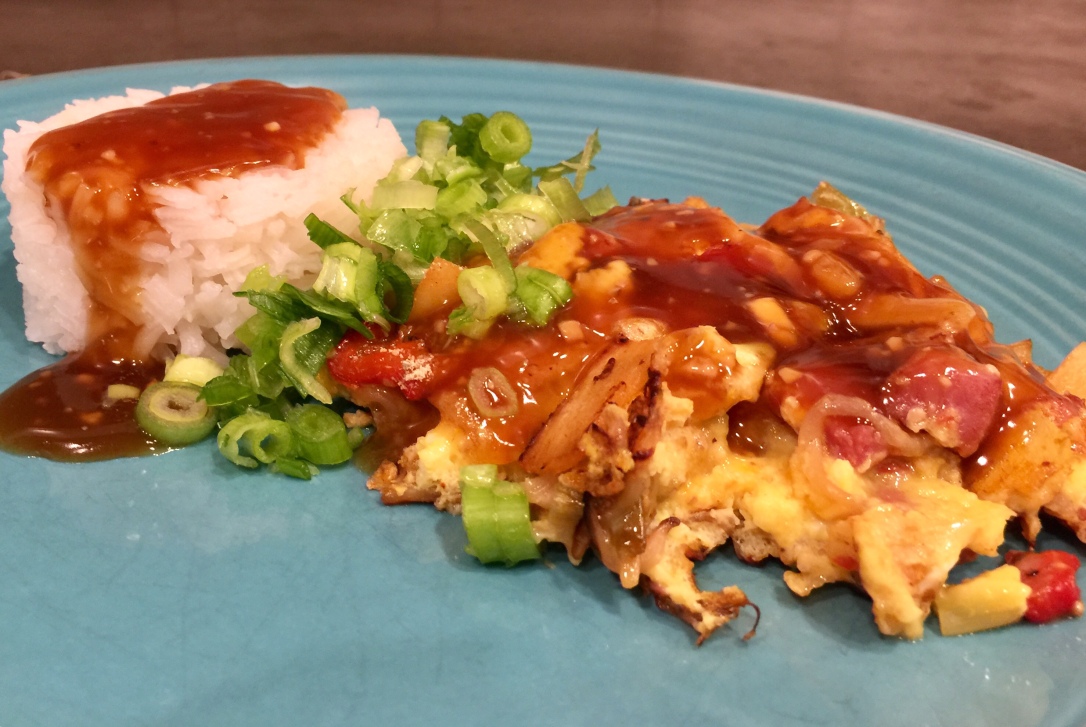 What I loved and learned about 1920s recipes is they were delicious and cheap, and many used combos of similar ingredients. So for instance, you would use your whole jar of pimentos, the entire head of celery (head?), or all of the onions from the bag. Here is another article of 1920s recipes. Doesn’t the recipe for the Prosperity Sandwich look delicious?

ps- bonus recipe! It’s not the 1920s without pimento cheese on celery! my grandma always had a jar of Kraft pimento cheese in her fridge. That was really the only snack available besides saltine crackers. This homemade one is barely even homemade but really good in a pinch. 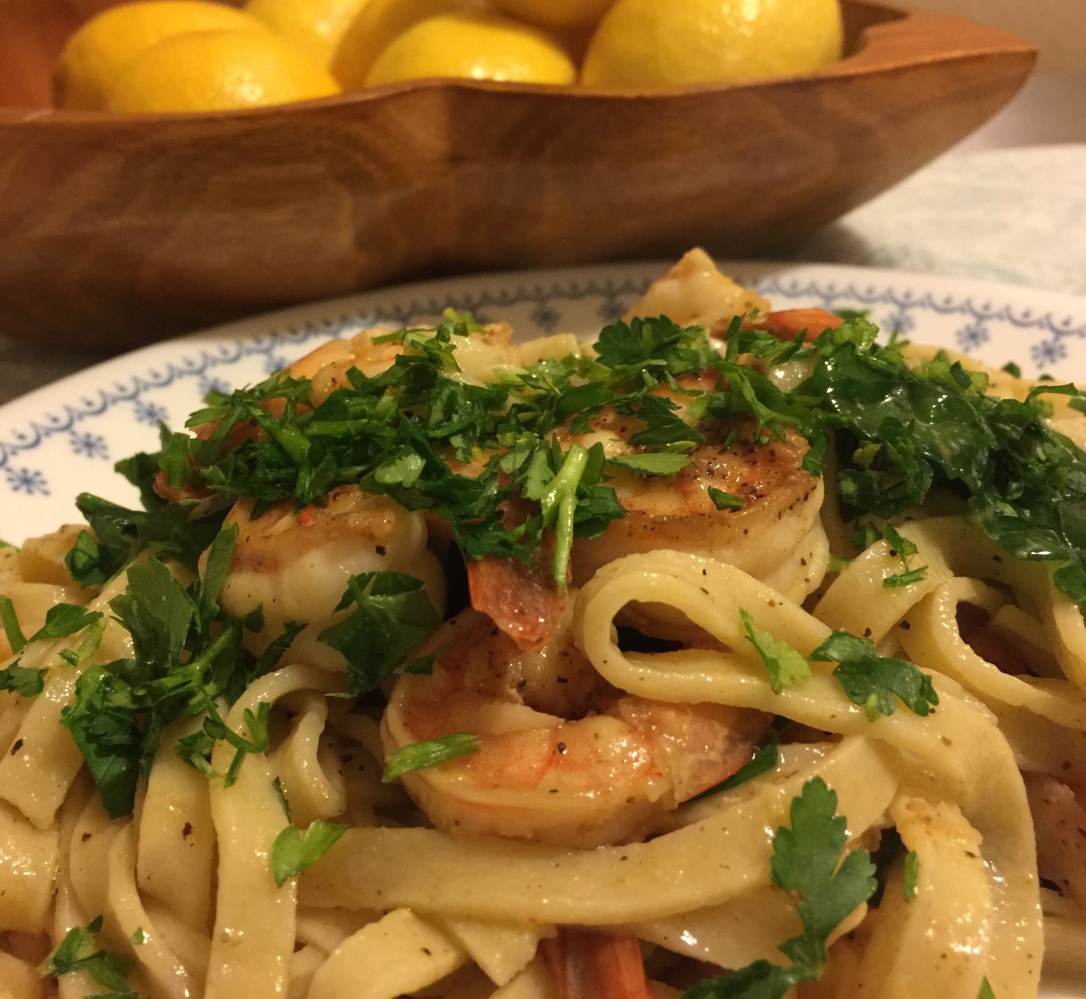 A friend recently asked me if during my upcoming visit, can I give her a few cooking tips. How flattering! I was trying to think if I actually had any tips. I’ve decided my tip is this: fresh lemon, fresh garlic, fresh herbs. That’s it! That’s really all you need. This recipe is proof as those three ingredients are the stars.

For this easy weeknight pasta (also a good date-night pasta) I buy raw, tail-on, deveined, large shrimp. I actually really love this kind. If you can get fresh, even better.  I use my go-to (everyday) seasoning mix: garlic powder, smoked paprika, salt, and pepper to season the shrimp and then I quick sear it. About a minute each side. So fast. If you really concentrate, this can be a 15-minute dinner! I use plenty of butter, lemon juice, and garlic, along with some pasta water to deglaze the pan after the shrimp have been removed. This creates a quick little sauce to toss the pasta with. Top it with shrimp and fresh parsley. I read somewhere to never add cheese to a seafood type pasta. So I don’t. But you definitely can. I mean, lobster mac and cheese is delicious so it can’t totally be true. However, with a light and simple dish like this, I like to let my favorite trio of lemon, garlic, and herbs shine. And plus, you have all that butter.

Servings: 2 people- There should be enough for 1 person to have lunch the next day (if you behave yourself)

I was introduced to Eatzi’s in Denver by my good friend who visited me from South Dakota. I had past it several times and had dismissed it as an Italian restaurant. I was totally wrong! Eatzi’s is like this glorious grown up, gourmet, college food court. If you love food, but hate to cook. You will LOVE Eatzi’s. Another friend recommended that I try their Thai Beef Salad. It looks unassuming but it is absolutely delicious. The ingredient list is long, but it’s completely necessary. All the fresh herbs and umami seasonings make this one of the best salads I’ve had. I could not find a recipe for it online, so I made my own. This makes the perfect lunch or main-dish dinner salad. 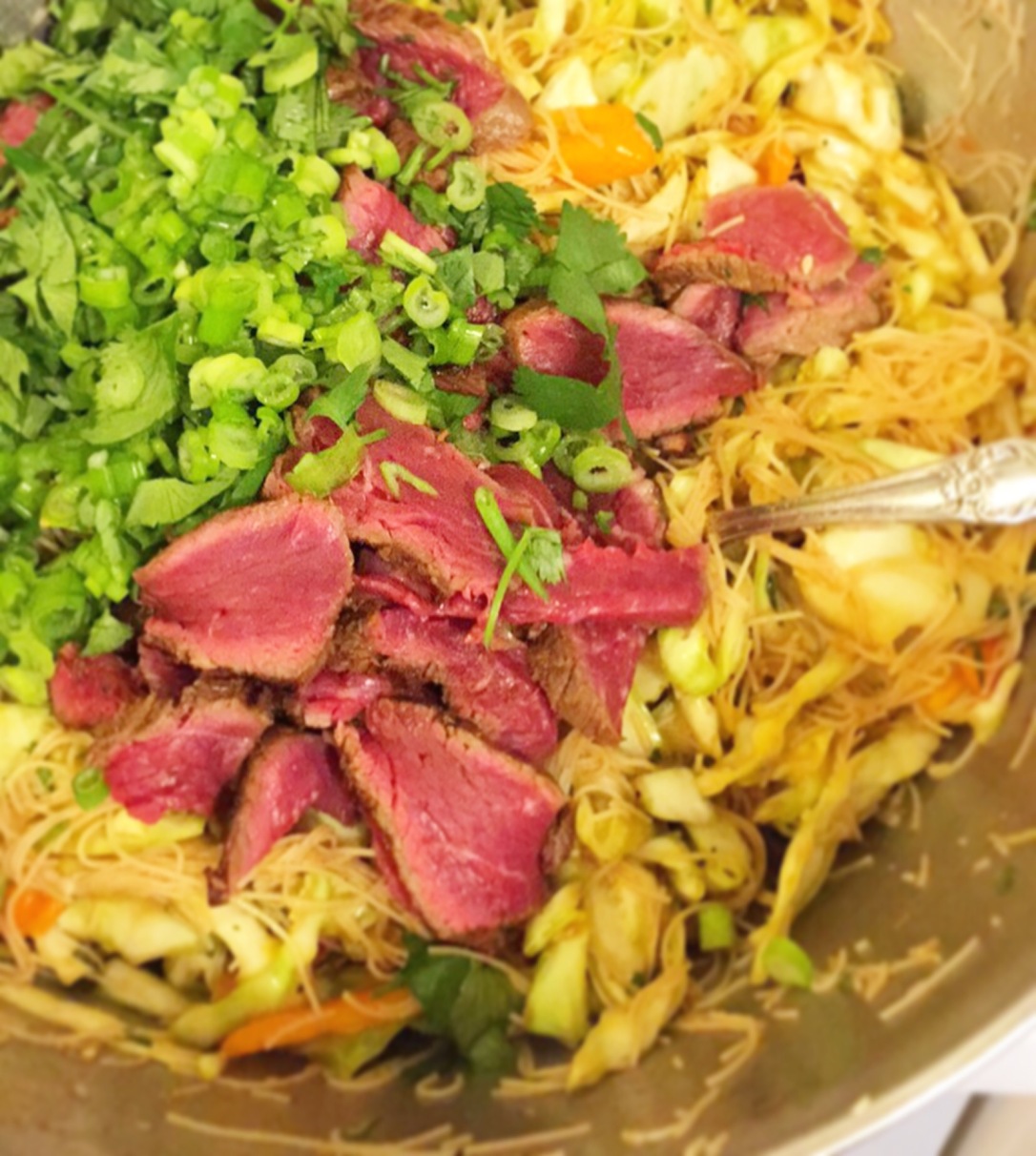 *If you can’t find fresh lemongrass (it would be in the fresh herbs sections). Don’t worry. There is lemongrass in the red curry paste, so you’ll still get that flavor. Also, all of these ingredients are easily found in any grocery store. Lemongrass is probably the only one that may be hard to find.